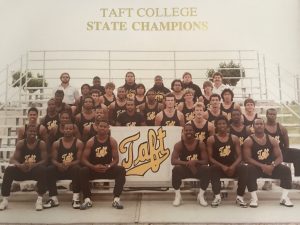 Highlights of the Southern California Championships included a national record (39.47) by the 4x100M relay team. Nearly one-third of Taft’s points were scored in just 2 events. Taft finished 1, 2, 3 and 6 in the Steeplechase for 25 pts but improved upon that with a 1, 2, 3 and 4 finish in the 200M for 28 pts and took all four qualifying spots from the south for the State Meet.  In all, Taft earned 23 individual qualifying spots for the state meet and won both relays. 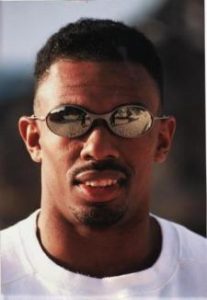 Brian Wellman represents the zenith of outstanding athletic achievement as a four-time Olympian in Track and Field for his home country of Bermuda. As a freshman at TC in 1988, he established the Taft College school record and #1 triple jump in the United States for all JUCO athletes at 54ft 5 ¼ inches. That same year he competed in his first Olympic Games in Seoul, South Korea, as the first of Taft College’s three Olympians in Track and Field.

After graduation from TC, Brian received a scholarship from the University of Arkansas. He was a three time All-American and a two time NCAA Champion (1991, 1992) in the triple jump, and an important member of three Arkansas National Championship Teams.

At the Barcelona Olympics in 1992, Wellman finished fifth.  Brian was the World Indoor Champion in 1995 jumping a lifetime best of 17.72M = 58ft 1 ½ inches setting a new World Indoor Championship record. He finished sixth in the 1996 Olympic Games in Atlanta.  Brian Wellman was ranked among the top ten triple jumpers in the world by Track and Field News for seven years between 1992 and 2001.  In 2000, at the age of 33, he jumped in his fourth Olympic Games in Sydney, Australia.  Brian continued to train and coach at Arkansas until 2001.  He returned to his home country of Bermuda to coach young jumpers and is continues to work with young athletes today. 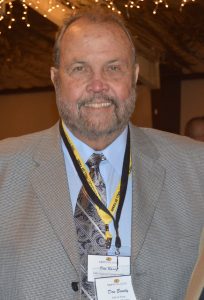 Donald Bandy, better known as Don, had an outstanding career at TC. In 1979, Don applied for a faculty position and an assistant football coaching position. This began a 30 year career in teaching and coaching at TC.

As an instructor, Don taught US history, physical geography, health, and physical education. Don retired from the faculty in 2012 as arguably one of the most popular professors the TC campus may have employed.

Don served as the Academic Senate vice president, Academic Senate president, and was a member of the TCFCBC faculty negotiating team for over 10 years. He was honored by our EOPS/Care as an Outstanding Faulty Member in 1995 and again in 2010. During the duration of Don’s career at TC, he also served as an academic advisor for athletes and was a member of the very first California Community College Academic Advisor Association (3C4A) in the state. Don was honored with the esteemed status of Professor Emeritus in 2012, and has continued to teach on an adjunct basis through the spring 2017.

In addition to his excellence in the classroom, Don coached several sports at TC, including tennis for a brief time. He was an assistant football coach from 1979-1982, and 1984-1993. He was an assistant softball coach from 1985-1986, and head softball coach from 1987-2006, winning six Central Valley Conference Championships, nine regional appearances, and made a trip to the California Community College Softball State Championships in 1988, amassing an overall win/loss record of 387-314. Don was recognized as Coach of the Year six times during his exceptional career as head softball coach and was inducted into the California Fastpitch Hall of Fame in the spring of 2017. 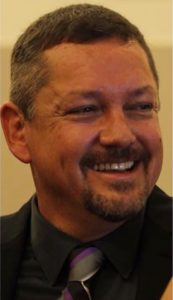 Jody Fischer was an outstanding student and is the all-time top performer of Taft College’s Championship Cross Country Program.  As a freshman at TC, he finished as TC’s number one runner in seven of ten meets.  Jody was the 1984 Western State Conference Cross Country runner-up to teammate John King. Jody finished fifth in the California State Championship meet and was named to the All-California First Team.

Jody was an important member of TC’s 1985 California State Champion Track and Field Team. Running a tough double in the State Meet, he finished second in the steeplechase and fifth in the 5000M.

As a sophomore in cross country, Jody was the model of championship consistency, finishing first for TC in all ten cross country meets of the season. He broke Taft College course records in each of the last nine meets of the season. He was the Western State Conference Champion and Southern California Champion. Jody broke two all-time California course records, establishing a new record at SoCal running 18:55 for 4 miles (4:44 pace). In the State Championship, Jody finished third in 19:18 for 4 miles to again make the All-California First Team.

Jody graduated from TC with academic honors and received a scholarship to the University of Nebraska. Jody Fischer passed away on Dec 12, 2015.  Jody leaves a legacy as an outstanding student, athlete, and father. 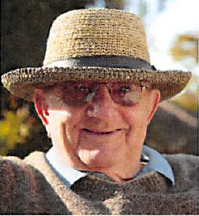 From 1975-1988, Mr. Downer was the College Planner at the request of then-President Reeder. He oversaw the design and completion of several capital building projects that enhance the campus to this day. He was responsible for building the Student Center, T-Dorms, Ash Street Dorms, the gym, athletic fields, and Learning Resource Center.

Mr. Downer was also an active coach and teacher both before and after he assumed leadership and management duties for the college. In addition to coaching, he was the chief scout for TC’s award winning football team during the 1960s and led the golf program for many years. As a political science and physical and cultural geography instructor, Mr. Downer is still remembered by many of his students for his excellence in teaching and innovation in the classroom.

In an interview after his retirement, Mr. Downer summed up a long career at TC by reflecting on the many changes that occurred at the college during his time there. Many of those changes were a direct result of his leadership and commitment to educational excellence at Taft College. He left a legacy for faculty, staff, and students that should be identified in the history that Taft College acknowledges and celebrates! 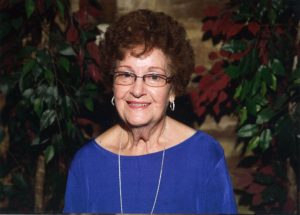 Juanita began her career at TC in 1971 as a financial advisor in the Administration Department and worked her way to the top. Overall, she dedicated 23 years to the students who attended TC, with a love for her job.

Juanita and her husband Dean attended every TC football game. She was involved with the TC Football Booster Club. Not only did she support these young men on the field, but off the field as well. Juanita opened her home to those young men and they became a part of her family. After Juanita’s retirement, she and Dean made trips to visit some of the young men she had grown to know and love over the years. To this day, she is still in contact with many of them.

Juanita was also involved with giving scholarships to upcoming high school graduates coming into their freshman year at TC. She still attends as many TC events as she. A few of her grandchildren have graduated from TC and have played sports at the college, which makes Juanita extremely proud. She can’t be any prouder to be a TC Alumni and she is very humbled to know she has been nominated for such a great honor! 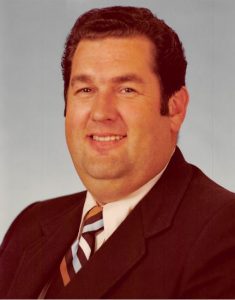 Larry Buttke served on the Taft College Board of Trustees for nearly 34 years. He took over for Mel Stewart in 1977 under Lee Reeder, Superintendent/President, and retired from the Board in 2012.  There have only been a handful of board members in the state who have spent this length of time on local board. Larry has served as both president of the board and also as secretary.

Larry had tremendous personal pride in this community, which is what prompted him to remain on the board for so long. During his years on the board, Larry was involved in many college projects, such as Interest Based Bargaining, TIL Program, STEM, Dental Hygiene, and the bond measure, just to name a few.

Larry was also very proud of our athletic programs: football, track, basketball, softball, tennis, golf, and many others. All of these were cut back by no fault of the board, when the state took allotted money out of the TC account. The sports programs were devastated by these cut backs and have never fully recovered. Larry was disappointed because it severely damaged what they were trying to do for the benefit of our students and for our supportive community.

Larry loves TC and was proud to serve on the Board!