February 6, 2017 In Uncategorized By gary 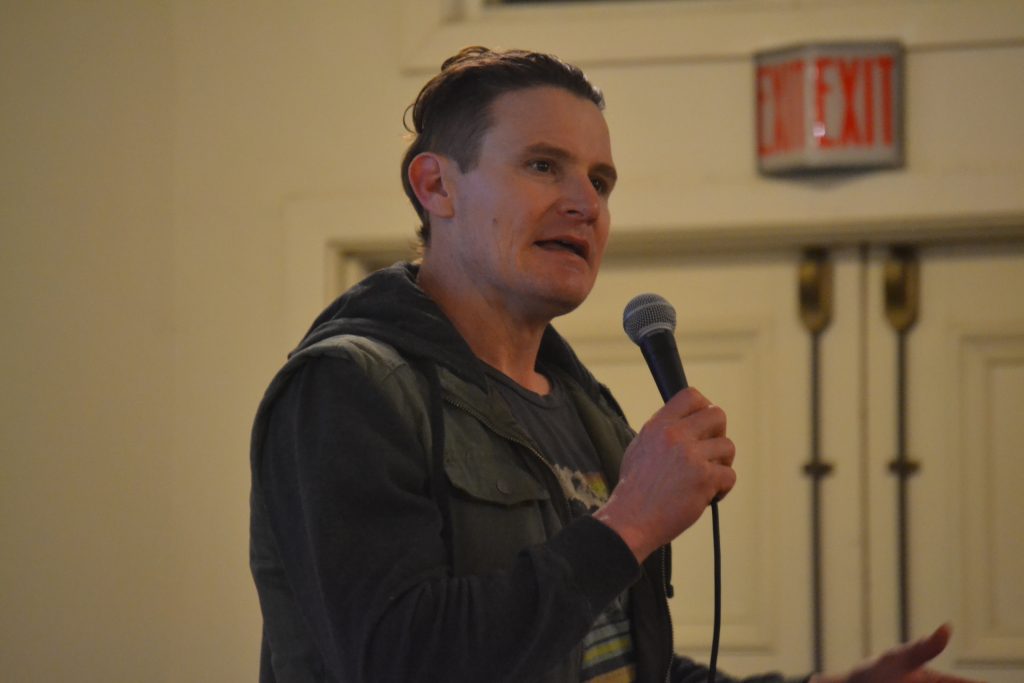 Cougar student-athletes sat and served the attendees who payed 60 dollars per ticket and 500 dollars if they wanted a sponsor table. 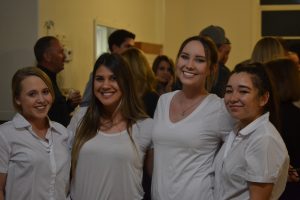 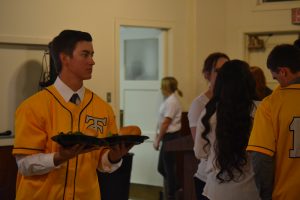 The man who led the prayer before people began eating was Mike Osthimer, former Taft football player during the 1979-80 season. This was Mike’s third time attending the dinner and said he has seen major improvement in the organization and the involvement in the community. “The dinner has improved drastically as an event. Not only for our student athletes, but also the items that are available to bid on get better and better.” 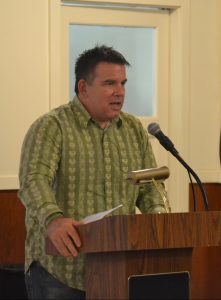 Along with the opportunity for folks to catch up on old times the dinner also provided people the chance to bid on sports memorabilia and local business items. There were two auctions going on at the same time, one live auction that people can bid on and a silent auction. While the head baseball coach, Vince Maiocco, was auctioning off items people could also big on small items like gift baskets and Cougar gear. Some of the bigger items included a picture of legendary Dodger pitcher Sandy Koufax along with an autograph and a football signed by Buffalo Bills’ punter Colton Schmidt. 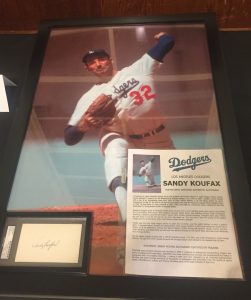 Sandy Koufax autograph and picture ready to get auctioned off 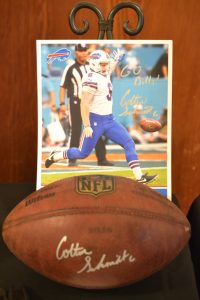 However the main event of the evening was not the auction or even the food. It was former 11 year major league outfield Eric Byrnes. Byrnes played on a number of different major league teams his most dominant was with the 2007 NL West champs Arizona D-Backs hitting 21 home runs, scoring 103 runs and stealing 50 bases. Since retirement he has been a studio analyst on MLB Network and is an avid endurance runner.

As guest speaker Byrnes talked about his life story, trip to the bigs, and life after the bigs. The attendants of the dinner were also treated to a forty-five minute documentary entitled “Diamond to the Rough”. This documentary chronicles his running of the 2016 Western States 100-Mile Endurance Run from Squaw Valley, USA to Auburn, Ca. “The most important thing that endurance running has taught me that putting one foot in front of the other is the only way to get from one place to another,” said Byrnes.