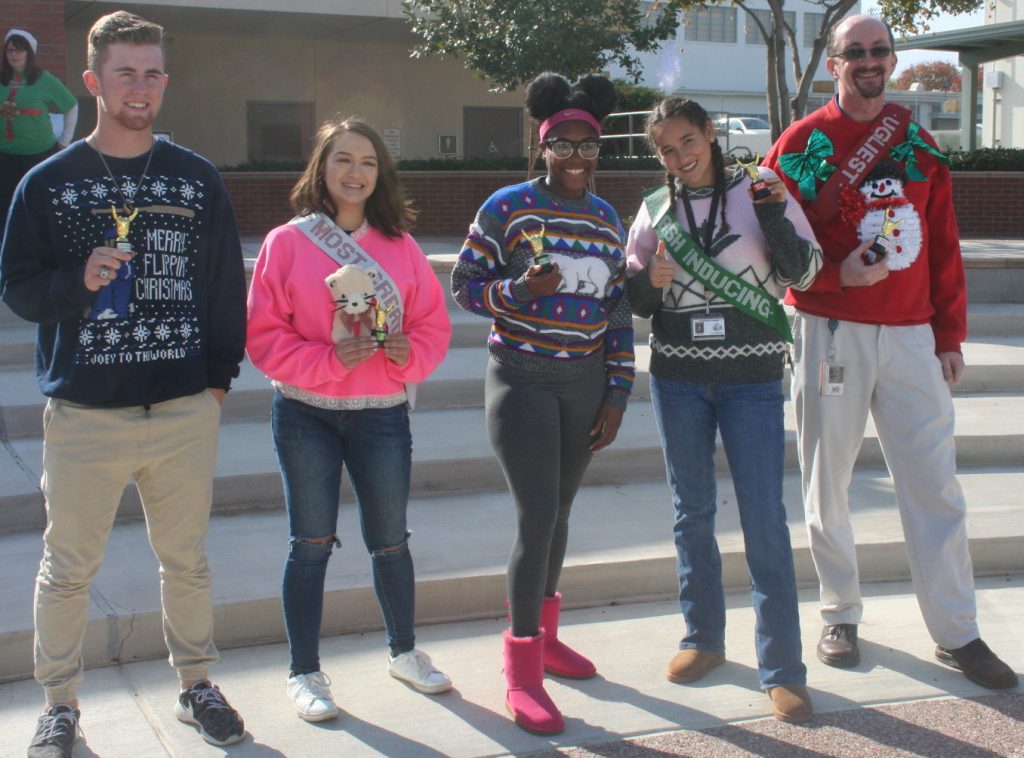 The end of the semester approaches and students are on edge about their finals.

Students at Taft College are preparing for a week of trials and tribulations, for some it will be a sink or float situation. Emotions are running high as students scramble to beat the deadlines. Thankfully, the Taft College performing arts students and ASB student body worked together to create stress free activities one week prior to finals.

The next set of campus activities allowed students to express themselves by lip syncing Christmas songs. Taft College female athletes participated in the contest but had a different tune in mind. The song “Do You Want To Build a Snowman?” from the movie “Frozen” began playing, and a student dressed as a snowman began dancing along with the participants. The “Frozen” antics did not stop there, the song “Let It Go” played, and the snowman screamed hysterically at the top of her lungs.

Pup becoming the center of attention.

While the lip sync contest went on, the people from Marley’s Mutts Dog Rescue brought therapy dogs to Taft College to help students relieve stress from the upcoming finals week. Smiles shot across the faces of students as they sat and played with the canines. The dogs were rescues and Marley’s Mutt Dog Rescue offered information to anyone that considers adopting. The worried souls of students diminished as they rubbed the bellies of the dogs and spoiled them with treats.

Lastly, the athleticism of students was put to the test as they participated in a winter themed obstacle course. The obstacle course consisted of the following: making snow angels, jumping rope, running a quick lap, reindeer antler ring toss, snowball sweeping, and the abominable snowman target. Despite a slippery start for some students after the snow angel challenge, every participant completed the course with a sense of humor.

*Disclaimer* No grandmothers were used during the making of these ugly sweaters.