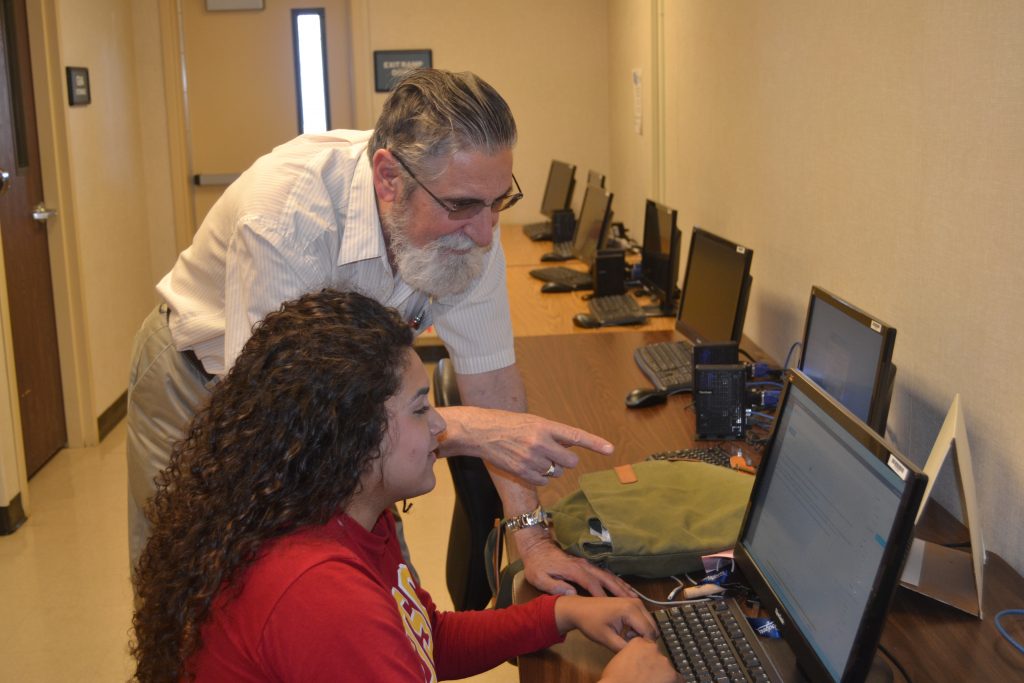 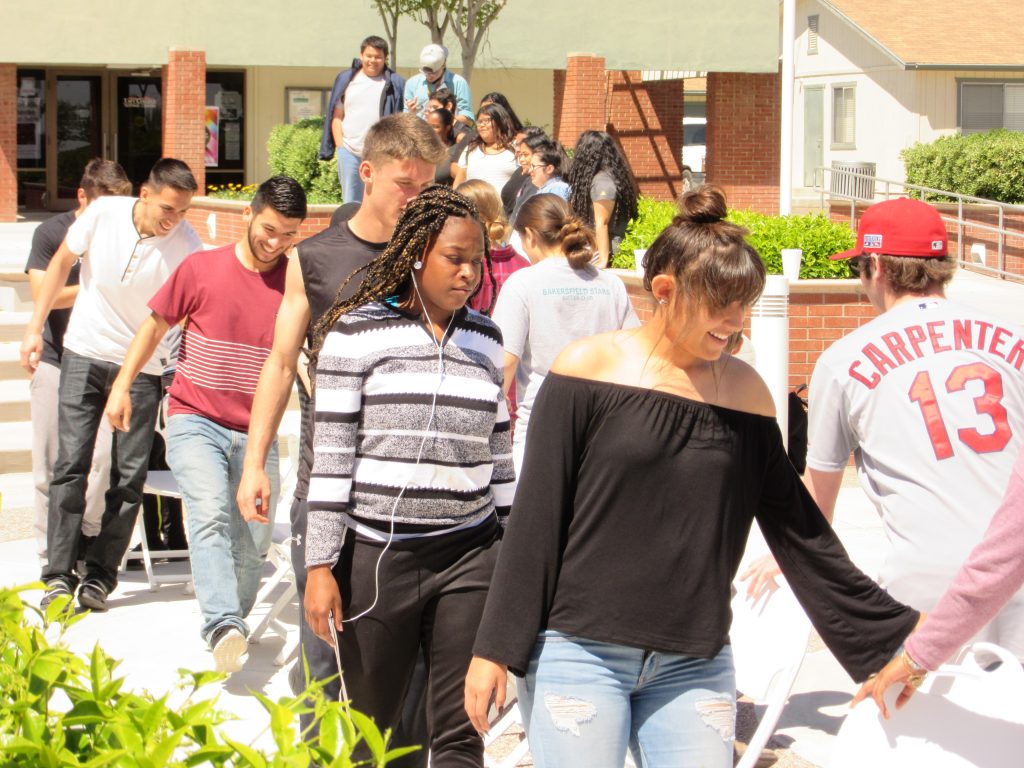 Spring Fling Week kicked off this Monday at Taft College with an event called Musical Chairs and Pizza. Participants in the game were treated to Domino’s pizza with the winner of each round receiving a Domino’s gift card.

The event was hosted by Taft’s College Associated Student Body, led by ASB advisor Myisha Cutrona and the ASB officers. Participants in the musical chairs played with zeal and dedication. Some actually went down fighting.

Tuesday and Wednesday’s event is Inflatable Obstacles will begin both days at 10 a.m. at the Quad. Thursday the ASB is hosting a pool and ping pong tournament, will start at 4 p.m. at the Student Union. Thursday graciously funded by TC Foundation, Celebrating the Music of a Forgotten People, featuring Native American drummers and dancers, will begin noon at the Quad. 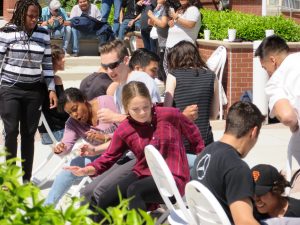 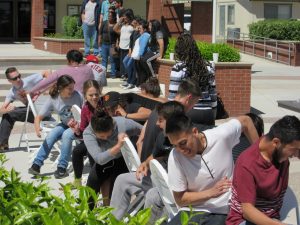 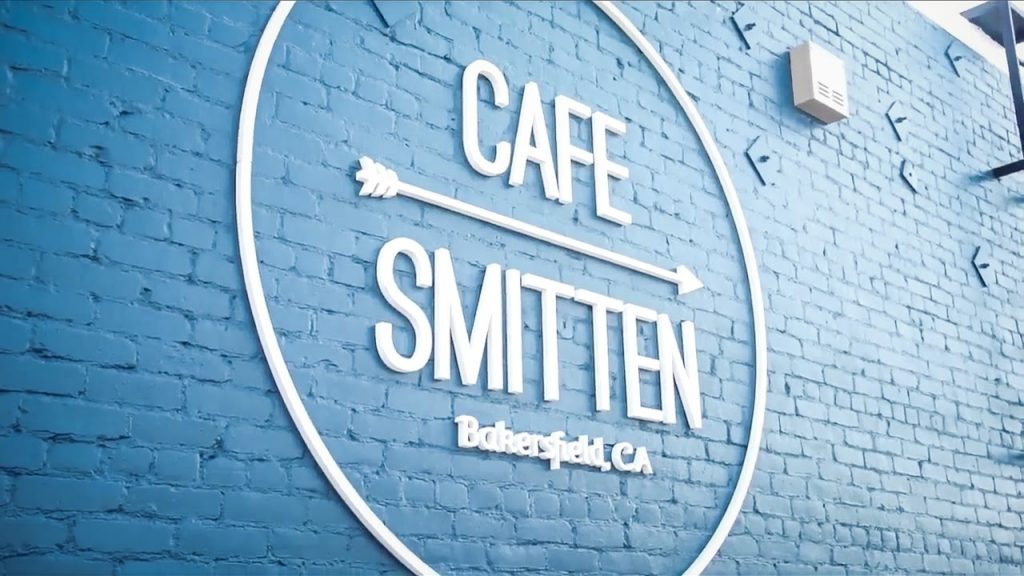 Bakersfield has a new downtown cafe.

Café Smitten  is located at 909 18th St., between O and Q streets. The bright blue, reinforced-brick building is on the corner, and you cannot miss it.

The interior and exterior is amazing, reminding me of a hipster Los Angeles coffee shop. The café setting is very relaxing with a big outside patio with a fire pit and beautiful flowers surrounding each table.  Café Smitten serves coffee, house made food, and desserts.

I had heard about many of my friends going to the café, and I heard nothing but great things about it, so I decided to go see for myself. I went on a Saturday around noon, and the line was all the way out the door. The wait was about 10 minutes long. The service was great even though it was busy. The employees were very energetic and welcoming. I ordered a chai latte and a bowl of oatmeal, and they were both very good. Overall , my experience was great, and I will definitely be going back again; it is a place Bakersfield needed.

” The concept of Smitten was inspired by the coffee shops we love, from San Francisco to New York,” café owners Stasie and Shai Btten mentioned on their website. “We are passionate about coffee and great food, and we are so excited to share Cafe Smitten with Bakersfield.” 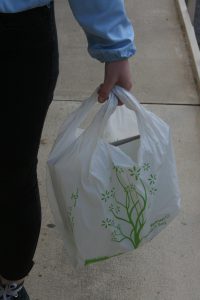 In November 2016 California voted on Proposition 67, to ban the utilization of single-use plastic bags; and it passed.

A few days later in many stores, shoppers no longer had the luxury of having a free bag to carry their groceries.

I have worked at a chain grocery store in Bakersfield for about two years now, and I have experienced how the ban has affected people.

“Darn it, I forgot my bags in the car,” is a common statement I hear every day at work. Each plastic bag at stores costs 10 cents. Some people would rather pay this fee to have the convenience of carrying one bag versus all of their items separately while others say something similar to ” just throw it in the cart, I already have bags.”

“I wheel the groceries out to my car in the shopping cart,” said Kent Miller of Taft. “I have plastic bags in the trunk of the car but I keep forgetting to take them into the store.”

Whether or not a customer voted “yes” or “no” to ban plastic bags does not matter to me. When I have gone shopping, I have been both the customer who would rather carry their stuff without paying for a bag and the customer who paid for a bag.

Parts of the Central Coast had previously banned plastic bag usage prior to the November election.

Individuals in favor of Proposition 67 argue that the ban will help protect the environment by producing less plastic waste. However, this will only work if Californians participate in reusing their plastic bags, which is the intention of the proposition.

If we reuse plastic bags, then the purpose of the ban will be successful. If we do not, we are only fueling the profit of grocery stores as those in opposition to the ban argue.

Although grocery stores will profit from selling plastic bags, the ban could also benefit the environment by reducing our waste if we effectively reuse bags. This would reduce litter produced and save wildlife who have been negatively affected by either eating or getting caught in plastic bags. 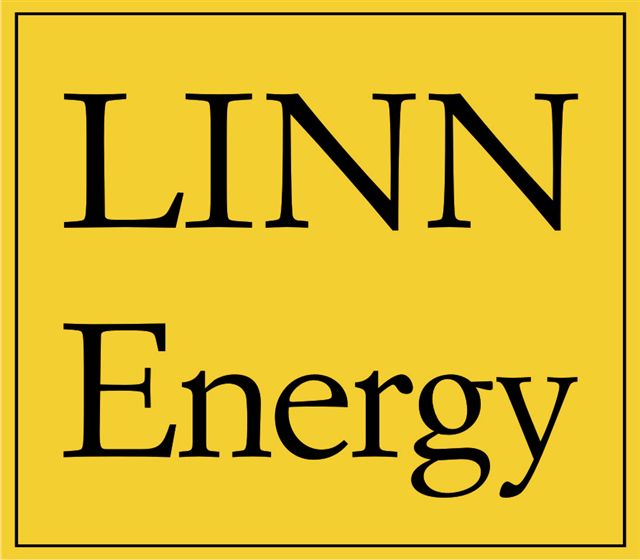 On March 14, Manager of Government/Regulation Affairs Trent Rosenlib held a discussion about the upcoming opportunities that Linn energy has to offer to Taft College students for the summer. Mr. Rosenlib began by introducing himself to the class and talked about his involvement with the political aspect of his job and said, “I have to deal with regulators and legislators from Sacramento to Washington D.C.”

Mr. Rosenlib talked about environmental safety when working at Linn Energy; he says, “If you ever have the desire to leave this industry, you can take this skill set and cross over into any other industry.” Another important feature of working for Linn Energy is making sure you are up to date with the laws since every year new laws are passed. Mr Rosenlib held up a large intimidating book and said, “These are the 2017 environmental laws for California.” Everyone looked astounded by the amount of regulations and understood that following guidelines is definitely an asset for Linn Energy.

Linn Energy is currently offering an internship opportunity for Taft College students with the desire to enter the petroleum industry. Students will have the option to either be part of the drilling department or the EHS (Environmental, Health and Safety) group. The internships begin in June and will conclude in August. Mr. Rosenlib encouraged that students take advantage of the internships at Linn Energy since it will help them secure a career. 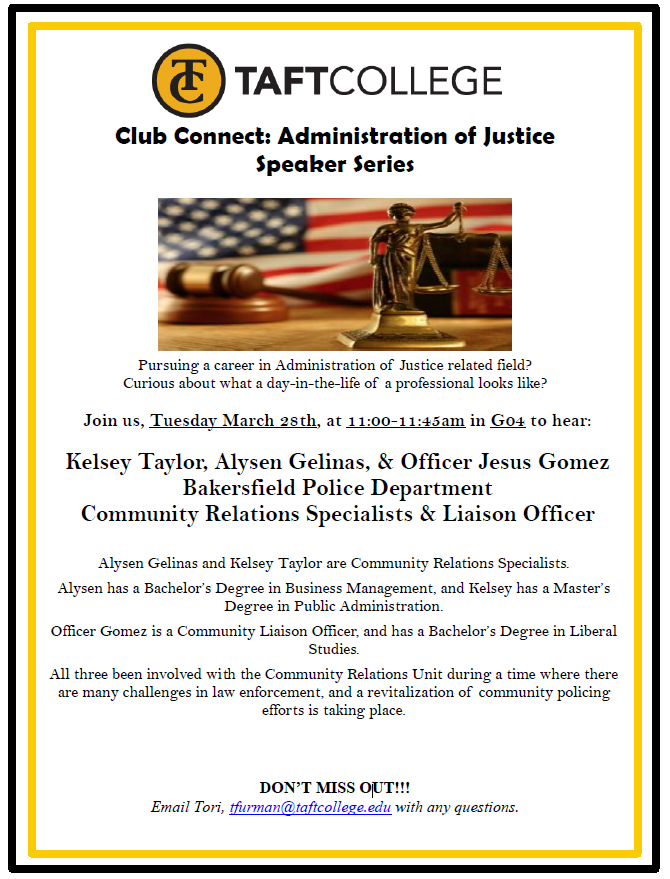 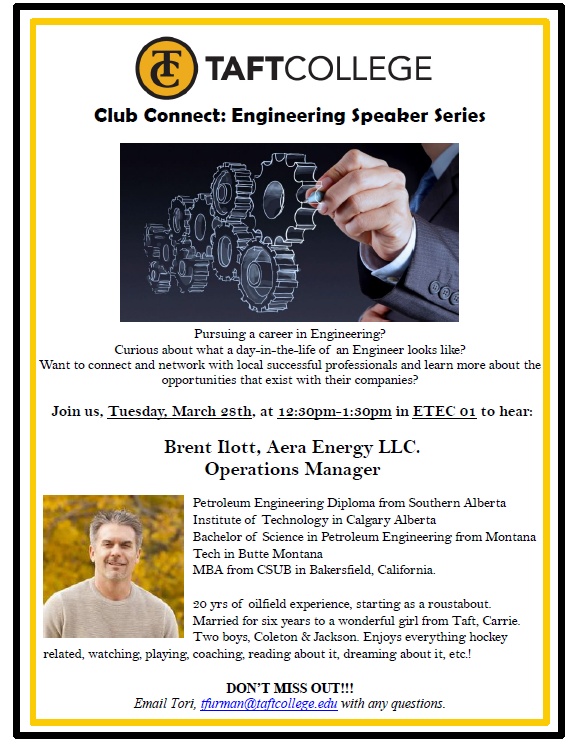 Celebrating Music of a Forgotten People 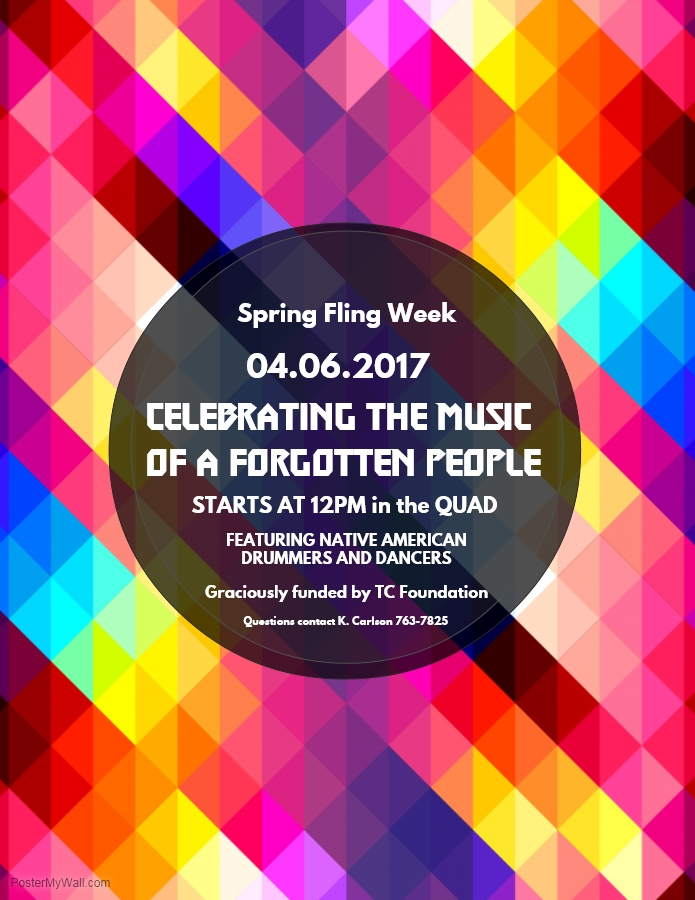 Wind Wolves Preserve (Back and Better) 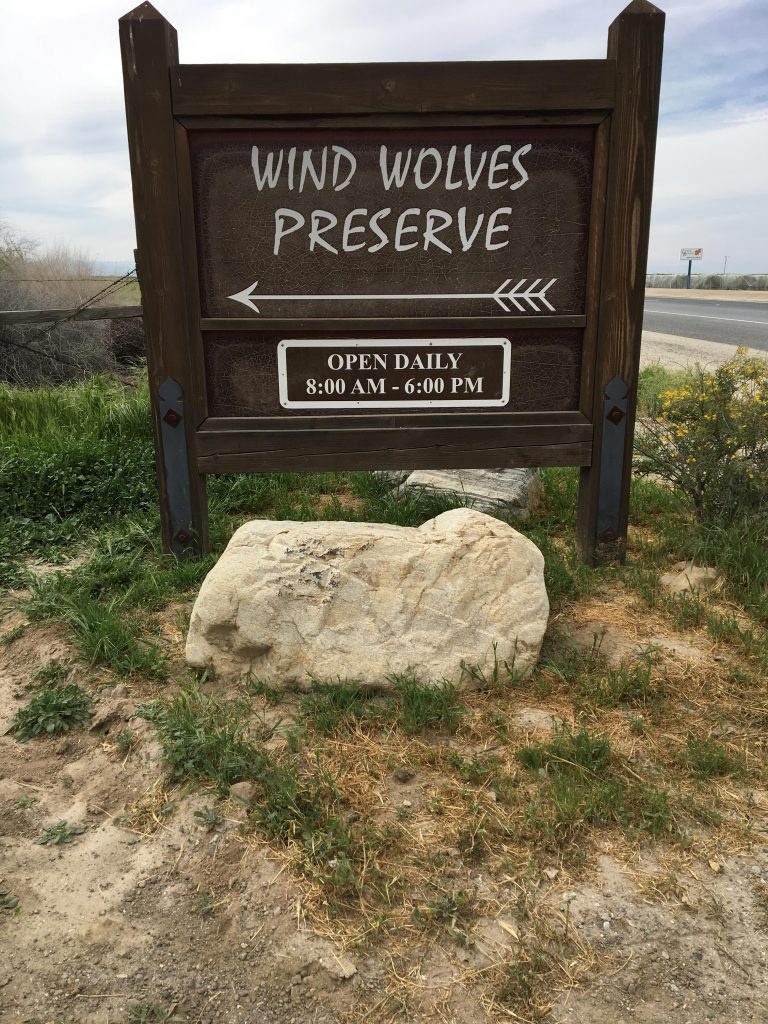 Wind Wolves Preserve recently reopened to the public on March 4, 2017.

Due to the preserve’s roads and trails that had been damaged from flooding and erosion, it was closed for a couple of months.

Thanks to the many volunteers that helped repair the trails, Wind Wolves is now open daily from 8 a.m.  – 5 p.m.

Go out and enjoy a wonderful hike, bike ride, or picnic with friends and family for free!

With many trails to choose from and animals to see, Wind Wolves Preserve provides a great family fun adventure. 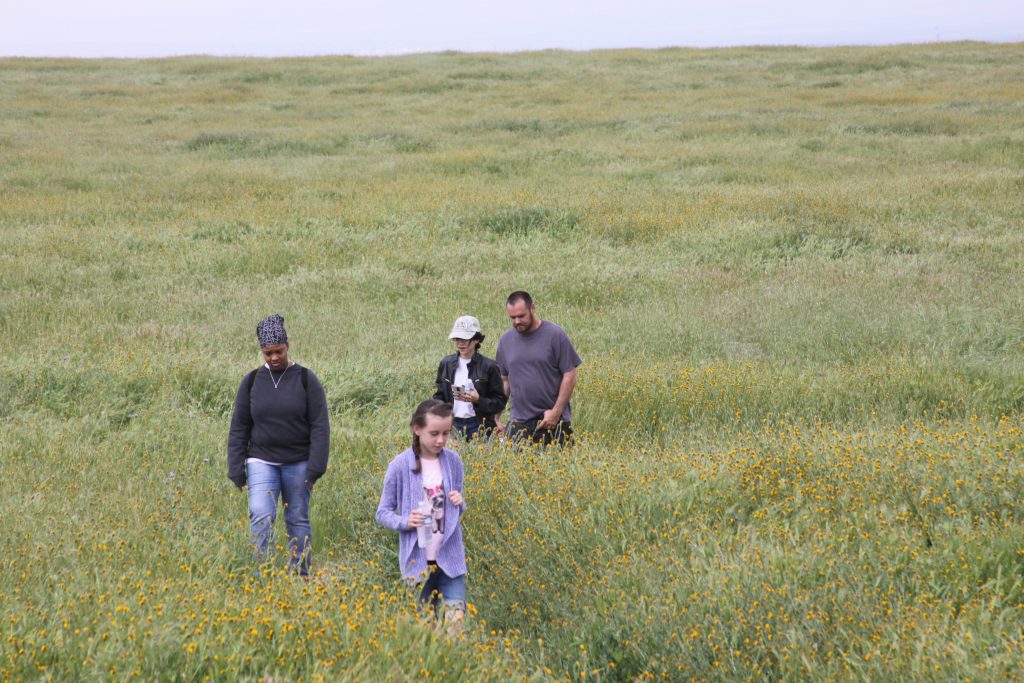 During your hike, you may encounter many animals such as Tule Elk, bobcats, kit foxes, and blunt-noses leopard lizards.

People are welcome to donate any time online or through the mail.

By donating today, you are helping to ensure that these lands not only stay open to the public free of charge but also to preserve these beautiful landscapes.

The Wildlands Conservancy mission is “To preserve the beauty and biodiversity of the earth and to provide programs so that children may know the wonder and joy of nature.”

They do just that by providing free educational programs for children of all ages. Since 1998, 170,000 children have participated.

For more information about the outdoor activities, education programs, donating, or trails you can visit

Emma Watson and the Beast 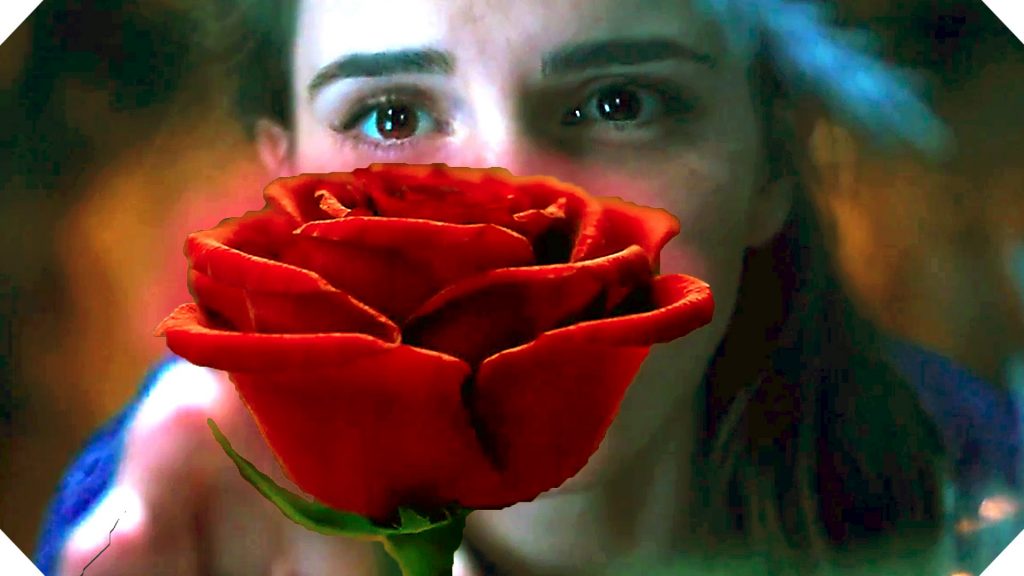 The much anticipated live action version of Disney’s 1991 film “Beauty and the Beast” came out this week on March 17.

The opening scene was a bit different than what I expected with the Prince wearing some pretty decorative clothing and make-up. This was not the scene I remembered watching as a kid, but it helped to add to the backstory of the prince’s downfall and to the time period of which the story takes place.

In retrospect, the whole film excellently added to the story that I loved as a kid. Emma Watson’s character, Belle, was smarter in my opinion because she attempted to find a way out of the castle instead of accepting her status as a prisoner as she appeared to do in the original film. She also does not return the Beast’s affections until he sets her free.

Watson has been criticized by many who insist that she is not a feminist for making this film. This is because they claim her character, Belle, has Stockholm syndrome, in which a person falls in love with their captor which would be the Beast in this case. I do not agree with this claim because of how they added more of a back story to her character, and in addition, she seemed to fall in love with the man behind the beast and not the mean beast himself who made her his prisoner.

Many people are also unhappy with the fact that Disney made the decision to have two men dance together in the last scene of the movie. I read on Facebook that it has actually been banned from certain areas.

I personally was unaffected by this addition to the scene, as he seemed pretty flamboyant from the start, both in the original and in the live action film.

Overall, I loved this remake of Disney’s “Beauty and the Beast.” The computer generated imagery was close to perfect, and the ballroom scene was beautiful. The added backstory of the beast and Belle’s life prior to Belle’s imprisonment gave insight into their motives to perform certain actions and behaviors.